The concept of risk-thinking and medicalisation in general practice. The case of menopause.Abstract in English

The thesis consists of 7 scientific papers in english, which you can find below on this page.
Danish version(resume) read here 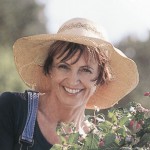 As a part of a larger study “Menopause described from the woman’s perspective” it has been the aim
to explore whether women have any positive experiences in relation to menopause, and if so, the nature of these experiences. The answers varied from unspecific statements describing a period of
well-being or simply a statement of not having problems at all, and concrete descriptions which primarily dealt with the relief of ending menstruating and attached problems, as PMS and fear of pregnancy. Finally they dealt with the possibility of personal growth and freedom to concentrate on own requirements. 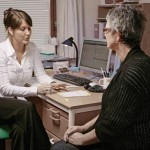 The dual objective was, first, to determine if menopausal women discuss the menopause with a doctor, and if so to which extent; second, to ascertain potential differences between those who do and those who do not. This study shows that women who have not discussed menopause with a doctor have significantly fewer symptoms and that their attitude towards HRT is more critical. Therefore, an active intervention among these women is not appropriate, partly because they apparently have chosen a non-medical solution and partly because they have so few symptoms that the use of resources in this way could be considered wasteful. 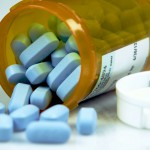 Women consulting their GPs either wanted
to discuss treatment for menopausal symptoms, to have an examination
for diseases or to get a risk assessment. Their needs for
medication or examination were satisfied but several women wanted
more information, especially about the pros and cons of hormone
therapy (HT). Risk assessment, if not requested, indicated problems,
with some women feeling uncomfortable if the GPs started a discussion
about HT and osteoporosis, if they only wanted an examination to be
reassured that everything was normal

Awareness of risk of osteoporosis may cause uncertainty and worry in

Awareness of osteoporosis risk caused a feeling of uncertainty and worry in some women. Only women reacting in this way seemed to act in order to prevent future fractures. The affected women were puzzled to realize that risk-reducing medication could introduce new hazards. Most of the women had heard about osteoporosis related to menopause as culturally embedded knowledge. Making individual women uncertain and worried must be considered a potentially serious side effect of health promotion. The findings raise the question of whether introducing healthy people to the threat of future diseases is ethically justifiable. 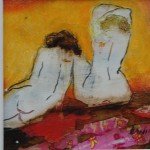 Part II: How do women talk about menopause?
Health 2008

Seven previously identifi ed discourses could be found in the interviews, though to varying degrees from woman to woman. Nearly all women used terms from the biomedical sphere like ‘a period of
decline and decay’, even if they did not necessarily agree with this view. Also the existential discourse permeated most of the interviews, especially when the conversation turned to the ageing process, femininity and self-developmentThe way the menopause was talked about almost became kaleidoscopic when images speedily changed from the decrepit osteoporotic woman or a
woman with lack of vitality and sex-appeal to a healthy and strong woman with control over her body and self.

This paper discusses the importance of avoiding unnecessary negative expectations of ageing and menopause and of focusing, instead, on the positive aspects of growing older. Health professionals should reconsider the necessity to talk about future risks with healthy women, and instead support the women’s agenda when they try to cope with real-life problems.